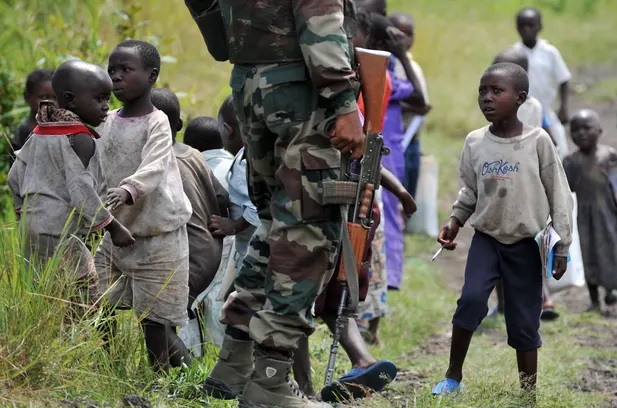 African children and young people continue to suffer widespread physical, psychological and sexual abuse, while armed conflict, violent extremism and the COVID-19 pandemic have created a perfect storm for violence against children to flourish. Unlike other children that are found all over the world, African children are victims of several socio economic and political challenges.

The peace and stability of the African continent is not only found in the hands of its political leaders or its empty promises. The future of Africa totally depended on the future generation and actions that goes beyond promises.

Due to the nature of political and social structure of the continent, African children are more victims of social evils. Some of these social evils are resulted from ignorance or traditional practices and others are resulted from political system of the continent. Early marriage, recruiting children for war, rape, considering children with disability or other related problems cursed and others are some of the serious problems African children faced. Recently, a Pan-African Symposium on violence Prevention was held here in Addis Ababa. On the event several have reflected their views on ways of preventing African children from all forms of violence.

As it was mentioned by Minister of Women and Social Affairs, Dr Ergogie Tesfaye, Violence against children has been one of the biggest child protection concerns facing us as a continent, which has also been made even more complicated by armed conflicts and the COVID-19 pandemic. And Ethiopia is not an exception.

“We still struggle with the high prevalence of child marriage, FGM and child labour. Sexual abuse and exploitation has been on the rise, especially following the conflict in the northern part of the country. Corporal Punishment still remains a major problem at homes and in schools.”

Seeing the issue of children and women as one of its pillars, the government of Ethiopia is doing its level best to the safety of its children. As part of this effort the government has developed a comprehensive National Plan of Action on Ending Violence against Women and Children 2021-2026. This is a multi-sectoral initiative led by the national inter-ministerial body on violence against children. This document has a special emphasis on violence prevention and it is structured along the INSPIRE, which is the globally accepted violence prevention framework.

As it was indicated by Dr Ergogie, the other initiative taken by the government to help children and women is conducting a national survey on violence against children and youth.

Speaking on the event, Dr. Joan Nyanyuki, Executive Director of ACPF (African Child Policy Forum) and Chair of the Executive Council of APEVAC (African Partnership to End Violence against Children) said that African governments must do more to tackle social and cultural attitudes, gender discrimination and poverty which drive violence against children.

According to her, thirty years after the African Children’s Charter was adopted, many African governments have failed to adequately protect their children. Though some progress has been made in violence prevention, the gains made in recent years are in danger of being reversed because these complex social and political problems have been made worse by economic crises and reduced investments in social and child protection programmes.

As it was indicated by Chair of the International Board of Trustees of ACPF, Graça Machel, Commitment and decisive action at the highest level of our governments can bring significant change in the lives of children and young people in Africa, as well as globally.

If leaders put preventing violence against children at the centre of their political and development agenda – be it in the laws they enforce, the programmes they design or the services they provide – change will come, and will come more quickly.

Despite better laws and policies to tackle violence against children, Africa still has some of the highest rates. ACPF’s research shows that in some African regions, more than 80 percent of children aged 1–14 experience violent discipline and four in ten girls suffer sexual violence. It is deeply troubling that three million girls are at risk of FGM every year.

Data also shows that child trafficking in sub-Saharan Africa is the highest globally. Faced with these disturbing findings, and with seemingly little prospect of improvement, the APEVAC is hosting a Pan-African Learning Symposium on Violence Prevention aimed at renewing action to prevent violence against children.

The symposium brings together government representatives from over 30 African ‘pathfinding ’and ‘aspiring ’countries, with child rights actors and researchers from across the continent and leading voices on child rights from across the globe. As it was emphasized by Dr Joan Nyanyuki, the “Pathfinding” initiative is expected to galvanise political commitment and action.

THE ETHIOPIAN HERALD TUESDAY 17 MAY 2022 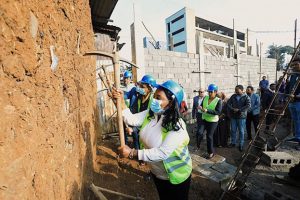 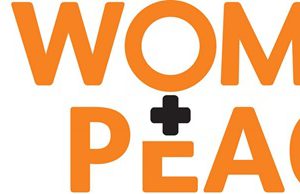 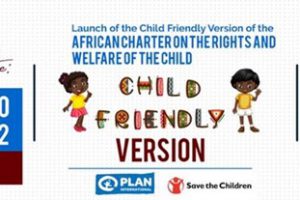 ‘Fostering an Africa fit for children’